The Samurai Photographer – Vol. 1 Part 2- Between the Clicks – The Perfect Disguise 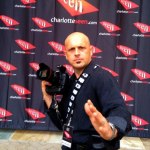 The Samurai Photographer is very elusive.  Just like a chameleon he blends in anywhere he goes – with or without a camera.  You never really know when, how, or even why he may take that picture.  To you he may look like any other guy with a camera…but he is so much more!

You see, the Samurai is very different from someone with a camera – or even someone who is good with a camera.   Half of what he does is never seen!  Not until you get that final proof! (pun so intended).  These specialists grow up like anyone else – they look completely normal! You can look at their entire lives and never know that they are secretly an elite photography force!  They have families, friends, lives out that mimic everyone else’s.  He can show up at top-notch fashion show, a school play, a “high-end” wedding or the one that involves camouflage, a four-wheeler, mud-slinging and a monkey – and at each one he just fits!  At each one he finds the right angle, the right moments, can talk with anyone about anything but is ever aware that the very next photographic moment is at hand! 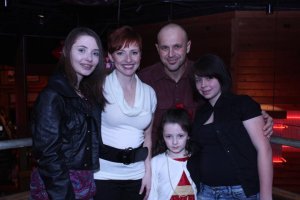 The Samurai though does something else – something very few people get to witness.  Because of their disguise – people believe that he is just gifted – that he just shows up with a camera (as many do) and then happens upon some great shots…not so.  For a Samurai to become a Samurai – he must train, he must study, he must anticipate new and different tools that may be at his disposal.  He must defend himself against would-be Samurai’s that believe because they have the sharpest sword that they are great.  That simply showing up with your sword in hand is enough…the Samurai knows better.  He must prepare everyday…he reads, studies, tests, compares, edits, re-edits, takes a sip of very strong coffee, and then continues on in his quest to ever grow in his skill.

You see…anyone can put on the suit – they can buy the tools and even charge you money but are they skilled?  Do they think that every good picture is taken in front of something just old? Do they think that you have to smile in EVERY picture?  Do they “touch up” a photo to the point that the subject looks like someone else?  Do they think that a little “out of focus” is okay?  Do they expect it all on their time?  Is it just their hobby or their life’s work?  Do they care?  Do they buy disposable cameras and swear it is the new thing?  If so…you must look very closely at what is expected and if this person can do it. 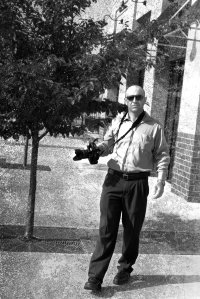 A Samurai Photographer’s disguise is no disguise at all – he is real – he is in the moment – he is dedicated – he is sharp – he is gifted and well-trained – and sometimes he gets really, really hungry….

This entry was posted on September 21, 2012 by bollingimages. It was filed under The Samurai Photographer .